Getting lost between temples in Puthia & Natore

Located 23 km to the east of Rajshahi city, it has the largest number of historic (Hindu) temples in Bangladesh.

This is a detail of the decayed Rajbari palace in Puthia. It’s located near a giant field, in the middle of the temple area, where kids where playing cricket when we arrived. It was late afternoon and the sun wasn’t scorching hot anymore. While wandering around the palace we bumped into a man on a bicycle who was interested in who we were and where we were from. We were lucky. The friendly man worked at the archeological department and had the keys to all the temples. If we wanted to follow him? Of course!

We walked through the temple gates and couldn’t be happier when we spotted the stairs. We went up and had the most amazing view over the temples and the Rajbari. Our guide told us some stories about his daughter and grandchild while we sat there and just enjoyed the moment.

Inside the Shiva temple there was a big black stone called the “Shiva linga”: the symbol of Lord Shiva. We’ve seen many small versions being sold on markets before but the one present inside the temple was huge. It was surrounded by offerings and other images of the Gods. It was lovely to see the pride in the eyes of our guide when he showed it to us. Some curious locals came to see as well which made me think the doors aren’t opened that often for the public. 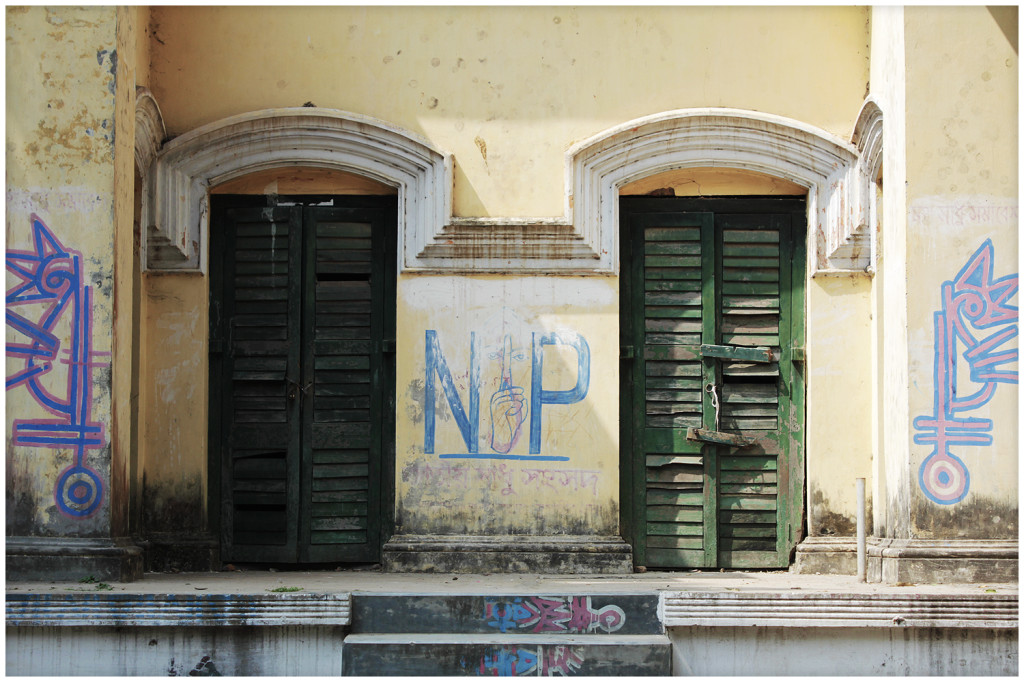 Close to Puthia is another village called Natore. It is home to a handful of (now dilapidated) palaces. The most prominent one, the Natore Rajbari, was the residence of the Rajshahi Raj family in the 18th century. There’s not much left of their grandeur: the insides are completely lost (and closed for public, but you can peek through the shutters of the doors) and the outsides are covered with graffiti.

At the entrance of the complex we had a short chat with the kid who sold the entrance tickets. He asked us what we thought of Bangladeshi people. Our answer was that they were very kind. He told us that unfortunately they are not kind to each other because everybody is selfish and would do anything to get a better life for themselves (including backstabbing others). Although the overall mood was a bit sad, we were glad to have had a real conversation with someone who could speak some English. Even the short talks can put a lot in perspective.